Our photographers share talent, an eye for the extraordinary
and the drive for perfection
#JOCHEM MYJER

15 OCTOBER — Dutch stand-up comedian Jochem Myjer is mainly a theatre man, but for broadcaster EO he traded the stage for a hot-air balloon. In the new tv show Jochem in de Wolken the comedian floats over nature reserves in the Netherlands and tells about the nature in the Low Lands. The new tv programme will premiere this.

Myjer was photographed by Lenny Oosterwijk (picture right) and Iris Planting, among others. 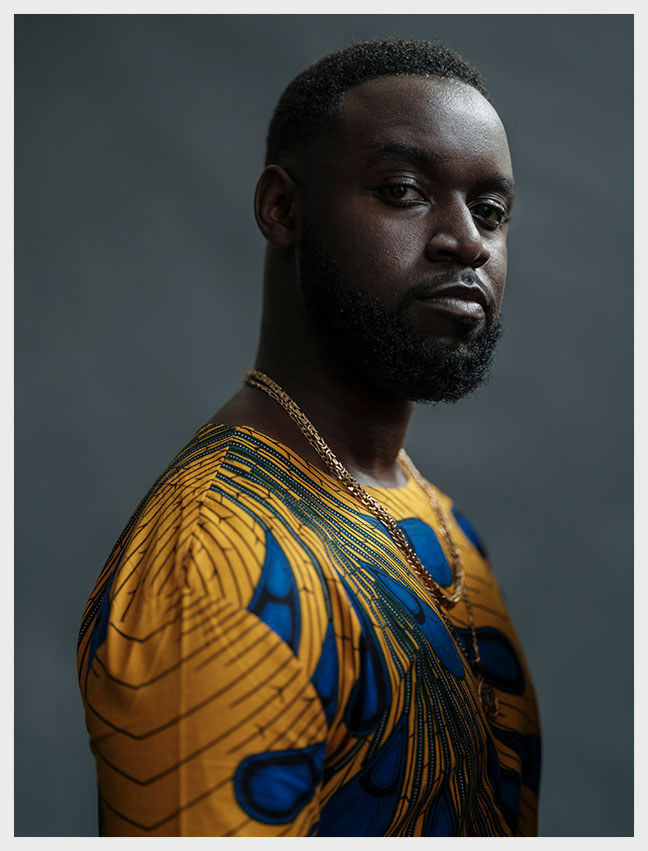 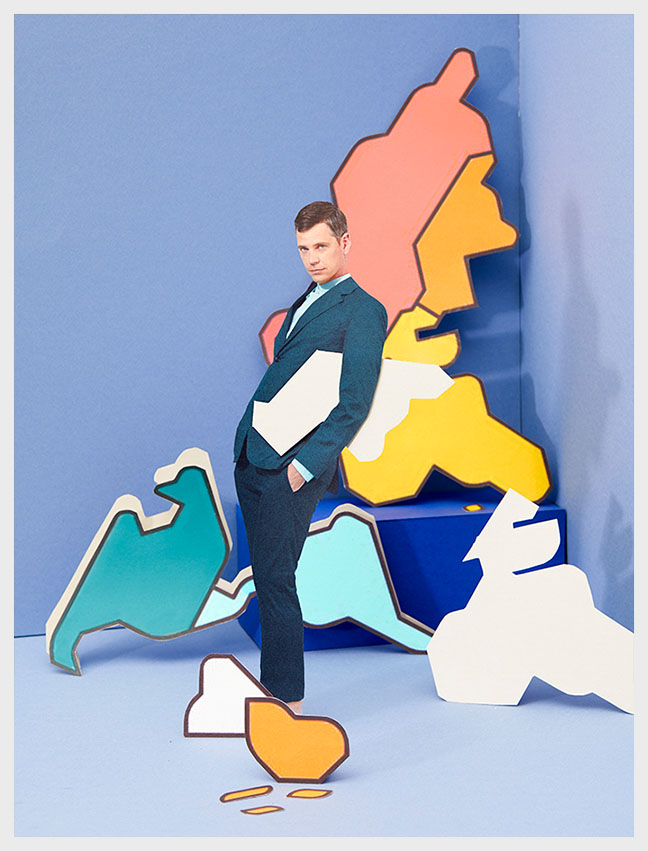 12 OCTOBER — The book Stromboli by Dutch writer Saskia Noort will get the film treatment by director Michiel van Erp. The scenario was written by screenwriters Paula van der Oest and Roos Ouwehand. It will be Van Erp's third feature. 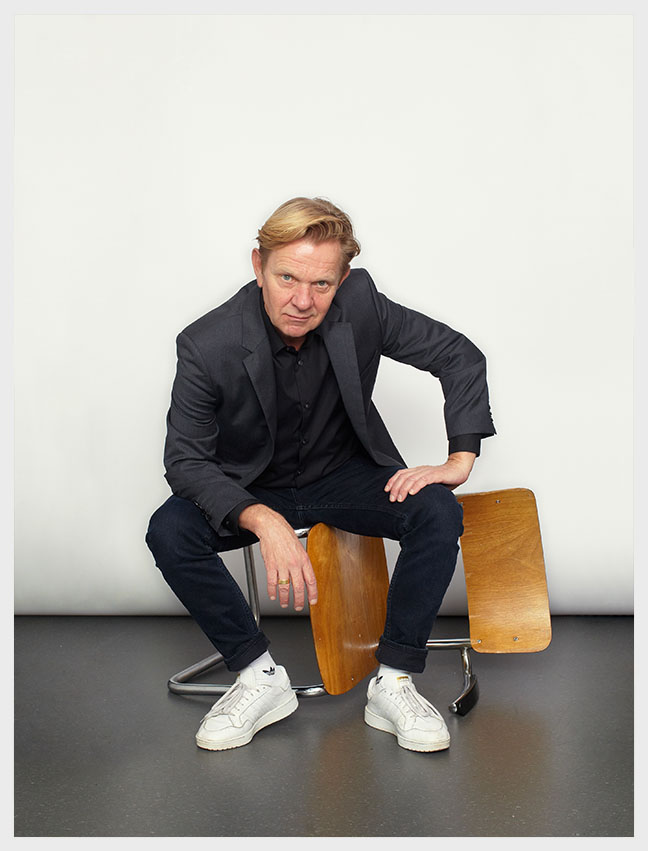 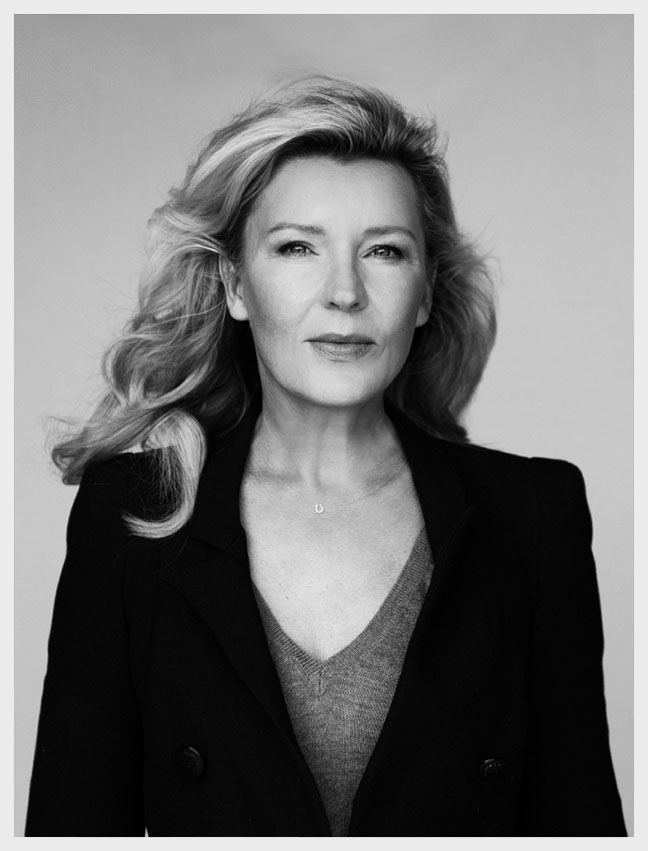 08 OCTOBER — Journalist TV and radio presenter Sven Kockelmann makes the switch to Dutch broadaster WNL. As of December he is one of the regular presenters of tv Op1. Kockelmann will present the programme together with Fidan Ekiz.

07 OCTOBER — Dutch singer Jeangu Macrooy will release a new album this autumn. Macrooy already has two albums to his name. The singer, who after the Eurovision Song Contest unsuccessful planned to take a sabbatical first, released his last album in 2019.

06 OCTOBER — A number of strong portrait series have been added to the collection of Lumen Photo photographer Kiki Groot. The Netherlands based photographer recently photographed various politicians (such as non-partisan politician and mayor Daan Prevoo, pictured right), members of government, businessmen, writers and artists.

02 OCTOBER — Just before Dutch CDA politician Wopke Hoekstra took a stand against tax havens as the newly appointed Minister of Finance, he himself had an interest in a letterbox company in the British Virgin Islands. This was revealed by the Dutch newspaper Trouw this weekend. The CDA party leader used the firm to invest in a safari company in East Africa.

02 OCTOBER — Actor Fedja van Huêt has won a Golden Calf Award this weekend for his leading role in the film De Veroordeling (The Condemnation). The Dutch actor received the award during the 41st edition of the Netherlands Film Festival. This year, for the first time, one gender-neutral award was presented: the Golden Calf for the best leading role.

02 OCTOBER — Political parties from both the opposition and the coalition are criticising Justice & Security State Secretary Ankie Broekers-Knol. In an interview about Afghanistan with Dutch daily Algemeen Dagblad, the State Secretary says that possibly 100,000 Afghans are on their way to the Netherlands and that too much migration might lead to a "braindrain" in Afghanistan.

The State Secretary was photographed by Linelle Deunk (image right) and Marcel Krijger.

02 OCTOBER — Executive Board chairman Wiebe Draijer will leave Rabobank in October 2022 as top executive. He has decided not to be available for a third term. The bank announced this on Friday. Draijer took office in 2014. His appointment came at a time when the bank was in deep crisis.

30 SEPTEMBER — Writer, actor and film-maker Berend Boudewijn, the husband of the late writer Martine Bijl, will soon be publishing a collection of stories titled Van dit en dat en van alles wat, some of Bijl's most well-known texts. He does this to "keep her a bit alive", as he explains in this week's issue of Libelle magazine.

#ERNST-JAN PFAUTH
29 SEPTEMBER — Journalist and publisher Ernst-Jan Pfauth is leaving the Dutch journalism platform De Correspondent, which he founded eight years ago. He feels he is not the right person to help the company to the next phase, reports Amsterdam-based daily Het Parool.
Striking portraiture by Lumen Photo photographer Frank Ruiter.
MORE IMAGES

29 SEPTEMBER — Cartoonist Kamagurka is the winner of the Dutch Inktspot Prize for the best political drawing of the parliamentary year. The Flemish cartoonist won the prize for the drawing Migrants, which appeared in NRC Handelsblad.

28 SEPTEMBER — Douwe Bob's band has cancelled its collaboration with the popular Dutch singer, reports 3voor12. The musicians are dissatisfied with the recent cancellation of Douwe Bob's announced tour.

22 SEPTEMBER — State Secretary Mona Keijzer has been dismissed from the Dutch government. This was announced on Saturday by Prime Minister Mark Rutte. The CDA politician's position appeared untenable after her controversial remarks in the newspaper De Telegraaf.

22 SEPTEMBER - The Dutch band Doe Maar has cancelled its planned farewell tour. Singer and bassist Henny Vrienten is ill and unable to perform, according to concert organiser Mojo. Mojo will not comment on the nature of the illness. The band's concerts will not be rescheduled.

22 SEPTEMBER — Dutch singer Willeke Alberti will embark on her last solo tour this autumn, her management announced this week. With 14 concerts throughout the Netherlands, Alberti will conclude her six-decade singing career.

21 SEPTEMBER — Dutch Actress Angela Schijf has a chance to win this year's Televizier Star in the category Best Actor/Actress. Schijf is nominated for her role in the series Flikken Maastricht. On 14 October, the winner of the award will be announced.

21 SEPTEMBER — Dutch actor Gerard Cox is retiring after more than sixty years in the theater. This announced the 81-year-old actor this week in the FM op 5 radio show. Cox made a name for himself at the beginning of his stage career with his solo programs, with the cabaret Lurelei and as a duo with Frans Halsema.

15 SEPTEMBER — Acclaimed Dutch conductor Jaap van Zweden is leaving the much praised New York Philharmonic at the end of the 2023-2024 season. In an interview with The New York Times, Van Zweden, who joined the Philharmonic as chief conductor in 2018, says that the COVID pandemic has led him to "have other priorities in life now."

13 SEPTEMBER — TV-personality Sergio Vyent, known to the public mainly as maître in the prime time TV-show First Dates, makes his debut as a writer this week with the book De liefde volgens Sergio. In each of the book's 25 chapters Vyent describes a different side of love. De liefde volgens Sergio will be available September 14.

7 SEPTEMBER — The New York Times bestseller list in the category 'paperback non-fiction' is headed by two Dutch writers: Bessel van der Kolk and Roxane van Iperen. Van Iperen is number two on the list with The Sisters of Auschwitz, the English translation of her book 't Hooge Nest.

7 SEPTEMBER — Outgoing minister Carola Schouten acknowledges that - as a possible solution in the nitrogen crisis - the Dutch government is working on a scenario in which farmers are expropriated. This is reported by the newspaper Het Parool today.

6 SEPTEMBER — The autobiography of the Dutch actress Karin Bloemen forms the basis for the upcoming theater performance Into the Light. In her biography, Bloemen writers about her childhood, which was marked by abuse, mistreatment and fear. The role of Bloemen will played by actress Lisse Knaapen.